Brooks poses with Ezra Meeker, Oregon Trail immigrant who dedicated his life to memorializing the trail, poses with then Governor B.B. Brooks in front of the Wyoming State Capitol. Wyoming State Archives Photograph

According to the Wyoming State Archives website, the Brooks family moved to Chicago following the famous fire of 1871. Brooks’ father was a lock manufacturer who found opportunities amidst the rebuilding. Brooks attended business college in Chicago and upon graduation headed west, first to Nebraska. He arrived in Cheyenne in the spring of 1880, working for a time as a cowboy in the Snake River region of Idaho. He returned to Chicago to study assaying, but returned to Wyoming to work as a cowboy, trapping to supplement his income.

“In his memoirs,” says the Wyoming Archives material, “Brooks stated that he settled in the location that would eventually become his ranch site, about 20 miles southeast of present day Casper, after acquiring a trapper’s cabin for six beaver traps and a sack of flour. A ranch house was constructed in 1883. He partnered with his father and brother under the business name B.B. Brooks & Co. The company started with 80 heifers shipped from Wisconsin.”

The Wyoming State Archives further states, “Under the Brooks administration a mineral leasing act was passed, which provided for access to the state’s mineral resources and generated revenue for the state. The leasing of federal lands for grazing was a hotly debated issue during Brooks’ tenure as Governor, in Wyoming and in the nation’s capital. In 1907 he opposed resolutions by the Wyoming Stock Growers Association in favor of leasing. His message to the 1909 state legislature supported the Homestead Act. He spoke against leasing for grazing, believing it would negatively affect homesteading efforts. The debate lasted well beyond Brooks’ gubernatorial years.”

Over the years the B.B. Brooks ranch grew to over 7,000 acres. Brooks’ investments in Wyoming reached into the sheep and wool industry, oil and gas, and banking. He was dedicated to historic preservation, particularly relating to the Oregon Trail and marking its location. Brooks and his family were the first to live in the historic Governor’s Mansion in Cheyenne. 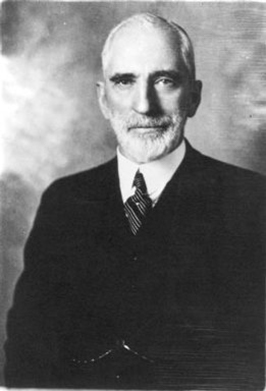