Wyoming Pioneer Association members attending the 2012 Wyoming State Fair and Rodeo, the 100th celebration, had a chance to make history. They were the first group of Pioneers to meet in the new Ruthe James Williams Memorial Conference Center.

Today the building is home to Pioneer Association activities, but also a popular rental facility for everything from business trainings to social gatherings. For information on renting the facility, DOWNLOAD OUR RENTAL AGREEMENT. Existing reservations, to determine availability, can be viewed on our calendar page.

Ruthe James Williams’ pioneer spirit and her late husband’s sacrifices on behalf of his country will forever be remembered through the building. Ruthe was born in the Douglas area in 1919 following her pioneering parents’ arrival in the area in 1917 Ruthe received most of her formal education in Douglas, but graduated from high school in Iowa at age 16. Shortly afterwards she returned to Douglas.

Back in Douglas, Ruthe and Jack Williams began courting. At the time of Jack’s death in March 1942 Ruthe had resigned from her job with the telephone company and was making plans to join him on the coast.

Jack Williams, a member of the Wyoming National Guard, was stationed in Fort Lewis, Wash., when Pearl Harbor was bombed in December of 1941. His unit patrolled the Northwest Coast for Japanese submarines. In March 1942 Jack’s unit was stationed in Roseburg, Ore., living in temporary barracks where ammunition was also stored. Jack was on night watch when the ammunition exploded causing an early morning barracks fire. Then 25 years old, Jack entered the building to save his friend, Sergeant Harry Boles. Both young men were lost in the fire.

Just six months earlier, on Sept. 19, 1941, Jack had married Ruthe James while on a two-week furlough in Wyoming. At the time of Jack’s death the young couple hadn’t yet told their families of the quiet wedding that took place at a parsonage in Chadron, Neb. Ruthe carried through with her plans to move further west and lived out the rest of her life in Washington State.

Those who knew Ann “Annie” Willox Gray remember her kindness and her love for Wyoming, the Wyoming State Fair and Rodeo included. Her collection of Wyoming State Fair memorabilia spanned the decades including mementos collected during her own childhood visits to the event. Annie was raised on the Willox Ranch south of Douglas and later operated the XP Ranch with her husband William “Bill” Gray and their family. She was an accomplished horsewoman and a skilled rancher who knew every cow on the place.

Annie was a lifelong member of the Wyoming Pioneer Association. Friends and family chose to memorialize her through gifts to the organization that were used to equip the building’s kitchen. 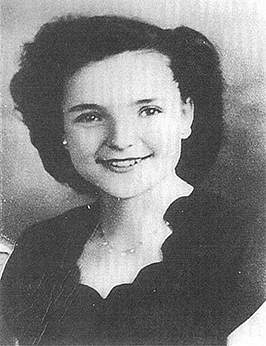